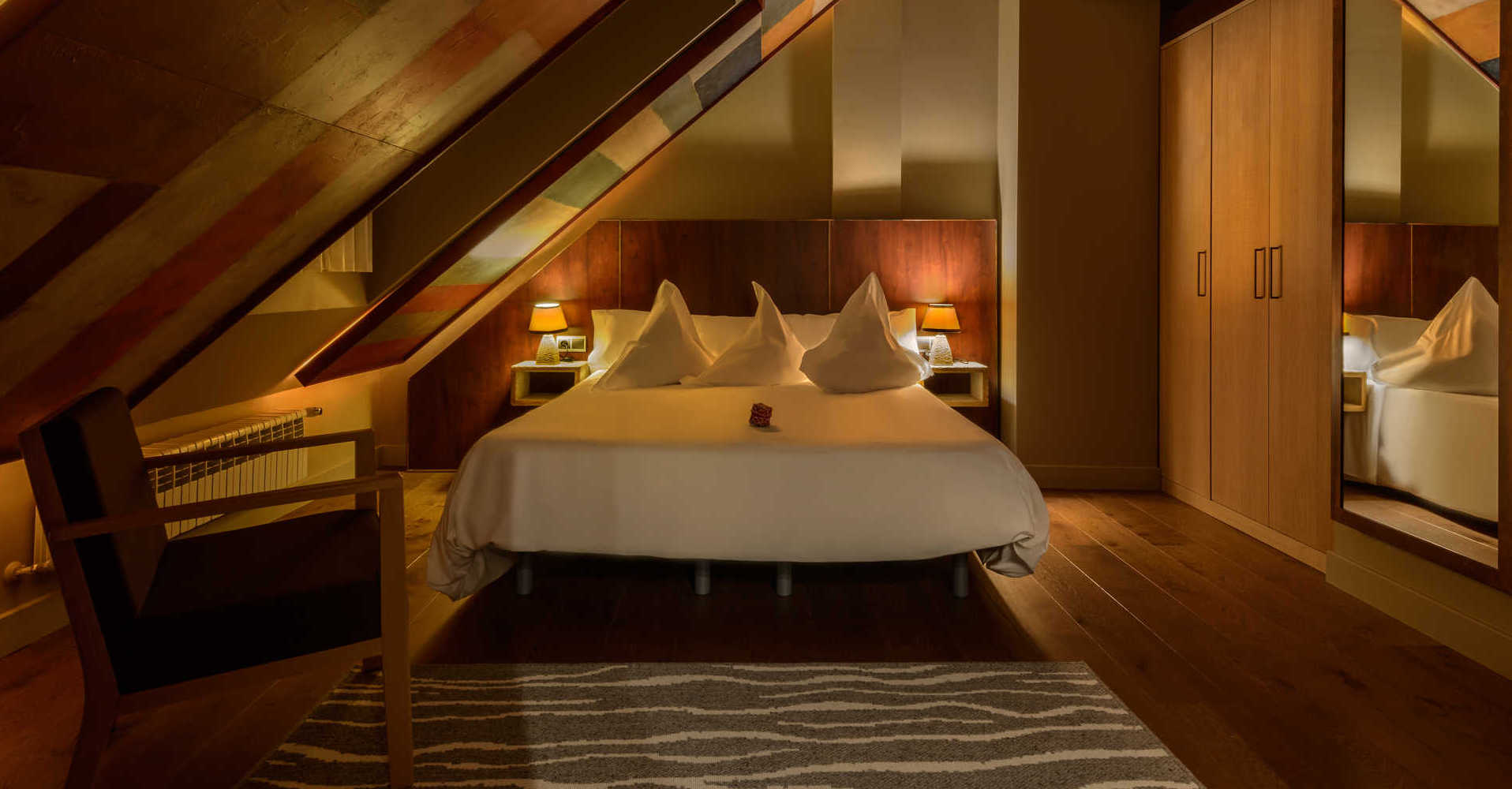 An exquisite taste and exclusive decoration characterizes the 8 rooms that the hotel has. The theme of the rooms is literature.

Our menus start from respect for natural flavors, based on the excellent products of our land. We have a careful wine list.

You can have a coffee or enjoy a snack by the fireplace on cold winter days and on our wonderful terrace with incredible views.

To create a unique guest experience

In the most intimate place in the Tena Valley, 1283 meters above sea level, a short distance from the water that reaches us after the winter snow, is
LANUZA, one of the most beautiful towns in Spain.
Since the 13th century the history of the town has been plagued by events and anecdotes told by the local elders, in the Middle Ages, it was the cradle of Justices and a member of one of the Quiñones del Valle, in charge of defending the Aragonese laws.
Life was organized around livestock and agriculture until the 1970s, which, as a result of the construction of the swamp that bears his name, forced all families to emigrate as unwanted as it was difficult.
The desire to return to their roots and the tenacity of the mountain people after almost
Twenty years, they were rewarded with the stone by stone reconstruction of the entire town, by their former neighbors.
In July 2004, in the old family stable, the LA CASUEÑA hotel was born
becoming a refuge for the senses, a place for reunion and for endless conversation with history and nature.
We wish you a happy stay, we invite you to enjoy the Pyrenees, its people, its
food, light, fire, water, silence ……..

We use cookies to ensure that we give the best user experience on our website. If you continue to use this site we will assume that you agree.OkLeer más